A film production company has created ‘Project Yorkshire’, a film showcase which aims to promote the region on the world stage.

Produced by Sid Sadowskyj and Scott Elliott of Elsa Media, Project Yorkshire is a strategic campaign with a 15-minute film narrated by Sean Bean at its heart.

The aim is to show people around the world the benefits of living, working and visiting Yorkshire and aims to boost the county’s economy.

Sadowskyj said, “When the news first started reporting the devastating impact of the lockdown on local businesses and the economy, we knew someone had to step in to help our county, our residents and our businesses pull through. stronger.

“Scott and I came up with the idea of ​​creating a short film that could act as a calling card for local councils, businesses and anyone else in the area to use to promote all that is great about Yorkshire and why we think it’s the best place for people to visit, live and invest.

“We wanted to create more than just a ‘tourism ad or business investment video’. So we reached out to some of our associates in the industry, including composers, storytellers and Hollywood writers to collaborate with us.

Investing £100,000 of their own money in Project Yorkshire, Sadowskyj and Elliott have also received support from councils including Scarborough, Leeds, Kirklees, Bradford, Hull and East Riding, Harrogate and Calderdale as well as the North Yorkshire Growth Hub and Marketing Humber . 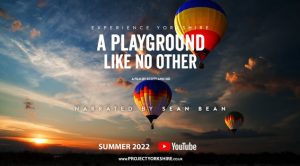 Currently in the final stages of production, the film features numerous locations across Yorkshire, including cityscapes, popular tourist sites and local businesses.

The finished film, which can be downloaded for free online, will premiere on August 1.

Sadowskyj said, “Sean was our first choice for narrator. Being a Yorkshire man himself with an iconic Yorkshire accent, not to mention his role as ‘King in the North’ in Game of Thrones, there was no one better for the job. 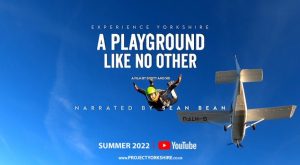 “It was a huge honor to work with him on this project, because it’s clear that defending his home country means as much to him as it does to us.”

Bean was born in Sheffield and has starred in numerous productions over the years, including The Lord of the Rings, Golden Eye, The Martian and most recently Time, for which he won Best Lead Actor at the 2022 BAFTA Television awards.

After the film’s launch, a second stage of the campaign will see the filmmakers create a bank of marketing assets including images, clips and artwork that could be used in digital and print marketing materials, on social media and on the market. television and radio.

Where should your money go? Getty It’s a simple bill, and it’s also short: the Employee Lifetime Income Act, or LIFE Act, introduced in mid-February as the HR 6746, has one goal: to allow employers to cancel their employees’ 401(k) investments, not only in (now) traditional “target date” funds, but also in annuity contracts. Specifically, […]

This global Fixed income asset management market is an attempt to analyze the global opportunities in the field of the global industry, its current capabilities and the potential of selected countries and regions in the market. The report to businesses and companies provides a better understanding of their ability to invest in the market. The […]

638-acre industrial park to be built in Macon County

MACON COUNTY, Ala. (WSFA) – Big economic news for Macon County with the announcement of the East Alabama Regional Logistics Park, or REAL Park. “You can see it, you can dream it, you can feel it. The first customers we showed the site to were very excited about possibly being among the first tenants here,” […]