Google is testing new types of snippets titled “From the Web” and “Other Sites Say”. This featured snippet includes multiple sources from around the web, not just a single source like most featured snippets.

Here is a screenshot of this as spotted by Vlad Rappoport on Twitterhe said “Google is testing a new type of ‘From the Web’ box for product reviews.” 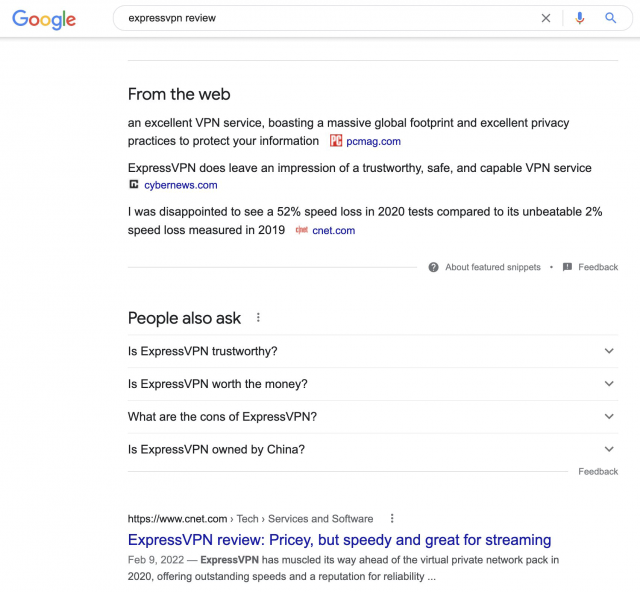 You can click on the image to enlarge it.

I can’t reproduce this featured excerpt, but maybe you can? It looks like every line in the featured snippet hyperlinks to the source.

Here is Sarah Blocksidge’s “other sites say” snippet at Twitter: 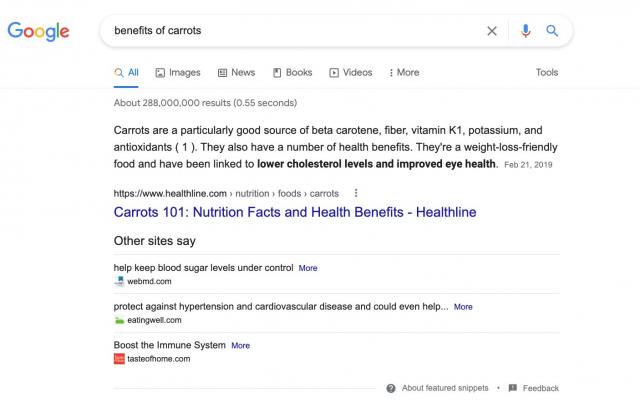 Here are some other people seeing this:

There are two or three websites with one line answers.

Google is testing something new in serp.

I have attached a screenshot pic.twitter.com/iG752EVbhk

Be careful if you get a lot of traffic from featured snippets. You may share the limelight with others if this test goes through. I see a different format being tested that incorporates multiple listings from multiple sites “from the web”. Here are some examples: pic.twitter.com/bOQ111rgnA

Please add this one too and tag @JohnMu 🙂 pic.twitter.com/CFWZkt4Gzc

Never seen this before and it seems like a pretty big SERP feature update – showing various information from different sites (right in the SERP)@rustybrickWhat do you think? #isthisnew?

State of Research: Find out how the web has changed in 2021

The pandemic has shaken up the research world… and things may never be the same again. If you’re still relying on pre-pandemic tactics, it’s time to update your understanding of research, including technical SEO, ranking volatility, e-commerce, and market trends. At Semrush, the digital marketing platform with over Over 50 tools and reports…we are in […]

Bell continues its relationship with Amazon Web Services (AWS) by using the company’s wavelength to launch the first multi-access edge computer (MEC). This decision makes it easier for end users to access the higher speeds and lower latency associated with Bell’s 5G network and cloud services in regions with AWS. This will enable multiple industries, […]

NERVE is a Canada-based digital marketing agency with a local presence in Dubai. The company was established in Dubai in 2015. Since then, it has helped many brands tell their story with proven strategies and custom executions. Some of these brands include BMW, Nestlé, QOOT, GALDERMA, NeuBelva, SISBAN, etc. Their services include assisting clients with […]