Analysis of travel websites illustrates how quickly traffic went off the rails, once COVID-19 was accepted as a real threat by consumers and governments.

SimilarWeb says the “perceived threat” was apparent once the cases numbered more than 20 in different countries.

The analytics firm notes what it calls a “pivot point” in consumer and business behavior during the first two weeks of March, when the impact on web traffic was “substantial.”

In his Coronavirus Global Impact Reportthe company looked at the spread of the virus and its ripple effect on consumers and online travel traffic globally, as well as in the UK and US.

Europe was in the midst of the crisis in mid-March, with Italy and Spain already in lockdown.

SimilarWeb says that while there was already a pressure on traffic before the virus was recognized as a serious threat, the real decline is seen when mandatory travel restrictions came into place.

At the time of the report, there were no signs of improvement in international markets, with the exception of Hong Kong, where there were indications of the outbreak stabilizing.

Direct traffic to airlines, hotels and other suppliers is also captured in the report, showing a spike in activity attributed to consumers and business travelers seeking cancellations, refunds and, in many cases, the latest information on the status of a trip. 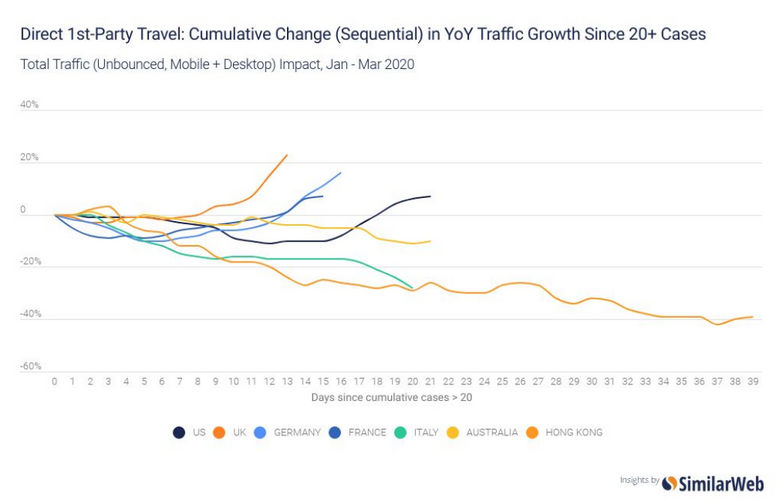 At the time of the report, the United States was also seeing huge drops in traffic, with businesses blocking travel and large gatherings being halted.

SimilarWeb says that at the start of March, traffic was down almost 30% for the category, compared to low double-digit drops before February 26.

Rental platforms seem to have fared a little better though, which is attributed to the “stickier process” for refunds at hotels. 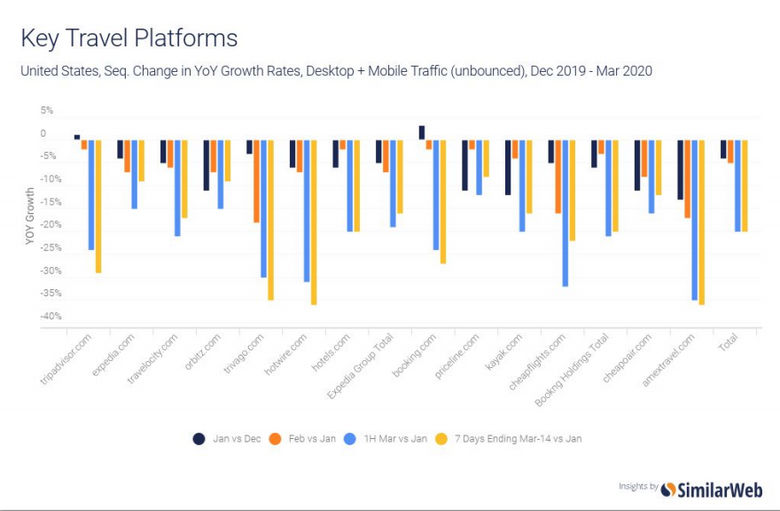 As in other geographies, online travel platforms have seen a significant drop in traffic.

From mid-March, seven-day traffic for the group is down by more than 30%, while individually all travel agencies are down by a similar percentage except for Skyscanner. 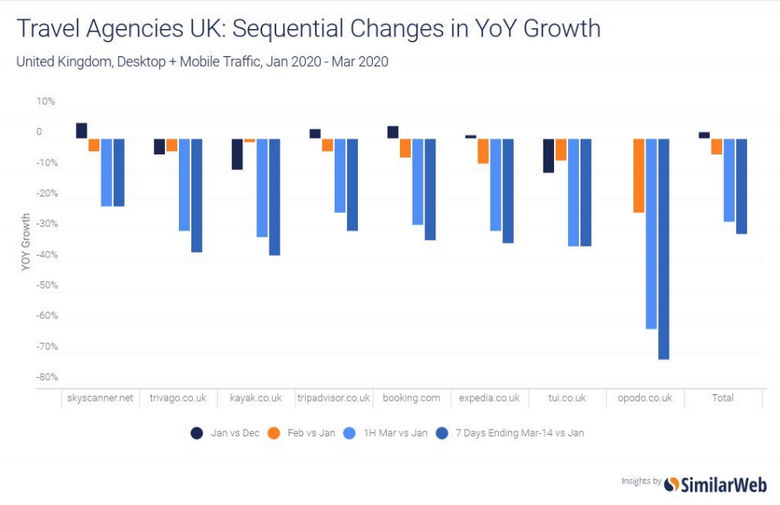 Here’s how to increase web traffic in 2020

Any frequent user of the World Wide Web knows that’s a rabbit hole. You can log into your computer and come out two hours later, having browsed hundreds of web pages in one sitting. This effect – one of our attentions and curiosity – is what characterizes the world of content marketing and curation: getting […]

Half of web traffic comes from bots

About half of all web traffic comes from bots and crawlers, costing businesses a lot of money. It is a conclusion of a report released Thursday by DeviceAtlas, which makes software to help companies detect devices used by visitors to their websites. Non-human sources accounted for 48% of traffic to sites analyzed for DeviceAtlas’ Q1 […]

Fake Web Traffic Is Worse Than You Think, Study Suggests

Dr Barford, who is also the chief scientist of startup MdotLabs, is expected to present a study at a Internet Security Symposium Wednesday in Washington, DC, where he will claim that 10 traffic networks generate more than 500 million invalid ad impressions per month. “We estimate the cost to advertisers of this fraudulent traffic is […]